Up until a decade ago, Fair Trade chocolate may have seemed like the only ethically-made and -sourced chocolate. But recently Direct Trade chocolate has come into the spotlight, also promising fairly-sourced and -processed ingredients. At their core, the two are very different. But both refer to a more ethical and traceable way of sourcing raw materials; but Fair Trade does not guarantee that cocoa is free from child labor and does not guarantee living standards for the farmers.

Fair Trade is an international group which works with farmers and businesses to ensure their sustainability and ethics within the global supply chain. For Fairtrade chocolate this means using certified cacao, sugar, and vanilla, at a minimum of 20%. Some Fairtrade chocolate is made with only one Fairtrade-certified ingredient, and will be marked as such Organizations under the Fair Trade umbrella include: the certifying body (FLOCERT), the global labeling organizer (Fairtrade International), and the group of Fairtrade-certified enterprises (WFTO).

Every Fairtrade chocolate you buy has been made with some portion of ingredients grown on a farm certified by FLOCERT, labeled by Fairtrade International, and potentially made or distributed by a WFTO enterprise. Fairtrade chocolate has been criticized for placing further burdens upon farmers. Producers seeking Fairtrade certification must pay for FLOCERT to come and inspect their practices both initially and annually, which many producers cannot afford. While farmers are paid more for their certified products, some of that income is earmarked for community development and only a portion goes back to each individual farmer.

Even though the cost of Fair Trade ingredients is higher, to add the label to their packaging, companies only need to purchase 20% of their volume from a Fair Trade-certified producer. Critics also note that Fairtrade ingredients are marketed towards larger businesses, due to their positive reception and low minimums for labeling.

Rainforest Alliance and UTZ Certification are two other Fair Trade style certifications programs also used in the cocoa supply chain. Unlike the Fairtrade program, the premium on cacao commodity is not fixed but variable and negotiated with farmers each year. Only about half of this premium goes to the farmers as income or cash. The rest is used to fund training, farming techniques, processes and inputs.

Direct trade isn't a certification program. Unlike Fair Trade, “direct trade” chocolate is a description of how the chocolate maker sourced their cacao. Rather than buy Fairtrade certified cacao at a premium, chocolate makers want to see for themselves how farmers process cacao and treat workers. Direct trade chocolate makers choose which farms they want to work with, establishing a relationship with farmers and buying the cacao direct, cutting out middlemen and certifying fees. Direct trade is more common amongst smaller craft chocolate companies, which have the ability to know each of the cacao producers they work with due to moving smaller volumes of raw materials.

When sourcing direct trade cacao isn’t possible, some makers buy their cacao from intermediaries which have purchased directly from farmers. Intermediaries can buy large amounts of cacao from farmers, selling it to chocolate makers in small amounts. They ensure the quality of cacao, price paid to farmers, and working conditions, often documented in annual transparency. While there’s no minimum percentage or price required for direct trade chocolate, often the prices paid are made public, and all of the chocolate labeled with a single origin is made only with cacao from that origin.

How Are Fair Trade and Direct Trade Different

Direct trade is in many ways a response to Fair Trade and the modern ease of communication. People want to buy ethically-sourced products, but they’re not sure whom or what to trust, and craft chocolate makers ran into the same problem. Here are four ways Fairtrade chocolate and direct trade chocolate are different.

While the idea of Fair Trade chocolate makes consumers feel better, these purchases may not actually be making as much of a difference as we think.

Certification Is Only A Start

Many reports have been published with regards to the effectiveness of certification on the supply chain. Overall, certification is not enough to bring farmers out of extreme poverty, and on average increases farmers annual income by 10 to 16% at best, and still under the poverty line. While Fairtrade or certified chocolate has long been lauded as being best for farmers, ultimately it’s not bringing enough of the final chocolate bar’s value back to the farms. Certification has also been inadequate when it comes to preventing child labor. Yet consumers are still willing to pay more for Fair Trade or certified chocolate, often conflating it with organic or environmentally-friendly chocolate.

Even if a chocolate bar is made with 100% Fairtrade certified ingredients, there’s still someone else taking a cut. In response to consumers’ desire for fairer products, many years after certification programs began, chocolate manufacturers have developed lines of Fair Trade chocolates or acquired smaller Fair Trade chocolate companies. For example, Mondelez International owns Green & Black’s Chocolate.

Although supply chains can’t be changed overnight, it's been decades since the ideals of fair trade were acknowledged by the world’s largest chocolate manufacturers, and little has changed. Fair trade places the burden of “being fair” upon third party labeling organizations and farmers to prove— saying nothing of cacao quality— while large chocolate companies are able to leverage small amounts of this “fair cocoa” into larger profit margins.

Why Is Direct Trade Better Than Fair Trade Cocoa?

Even though chocolate lovers are demanding change and equality in the supply chain, Fair Trade chocolate is no guarantee of this. The way to empower farmers around the world is to change the structure of the supply chain, treating farmers like businesspeople. That may mean teaching farmers how to properly process their cacao, and paying high prices for corresponding quality. But to get to that point, chocolate makers must get to know their farmers and their farms, because it’s not the Fairtrade certifiers visiting that farm who will be making your next chocolate bar.

Direct Trade chocolate asks us to shift our trust from one certifying body to the chocolate makers producing chocolate themselves, shortening the supply chain. Buying cacao direct from farmers not only cuts out many middle people, but for small companies it builds relationships directly between the two parties responsible for creating the final chocolate’s flavor. This brings much more money to the farmers themselves, since chocolate makers can pay based on a variety of factors.

Rather than just blanketly paying a premium for any certified cacao, chocolate makers can work out an equitable price for both parties, with an emphasis upon quality, flavor, farming practices, and cacao varietal. By changing how we put value in cacao, and expressing that directly to farmers, we encourage diversity in cacao farming. Direct trade chocolate makers aren’t just looking to meet the qualifications to put a sticker on their packaging; they’re actually looking to source cacao sustainably and ethically.

With the ease of communication and transportation these days, there’s no reason to have such a long cocoa supply chain that farmers are seeing less than ten percent of the earnings from their hard work.

Here at Bar & Cocoa we strive to feature the chocolate that is better for you, the farmers and the planet.

I get Omnom chocolate at Central Market, but recently noticed my favorite (spiced white) was out of stock. I hope it comeback soon either online here or at the store! 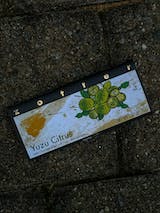 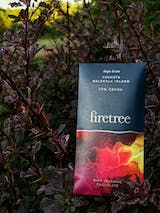 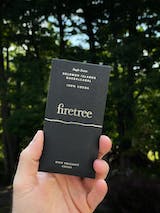 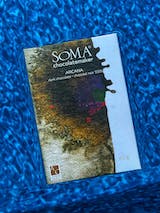